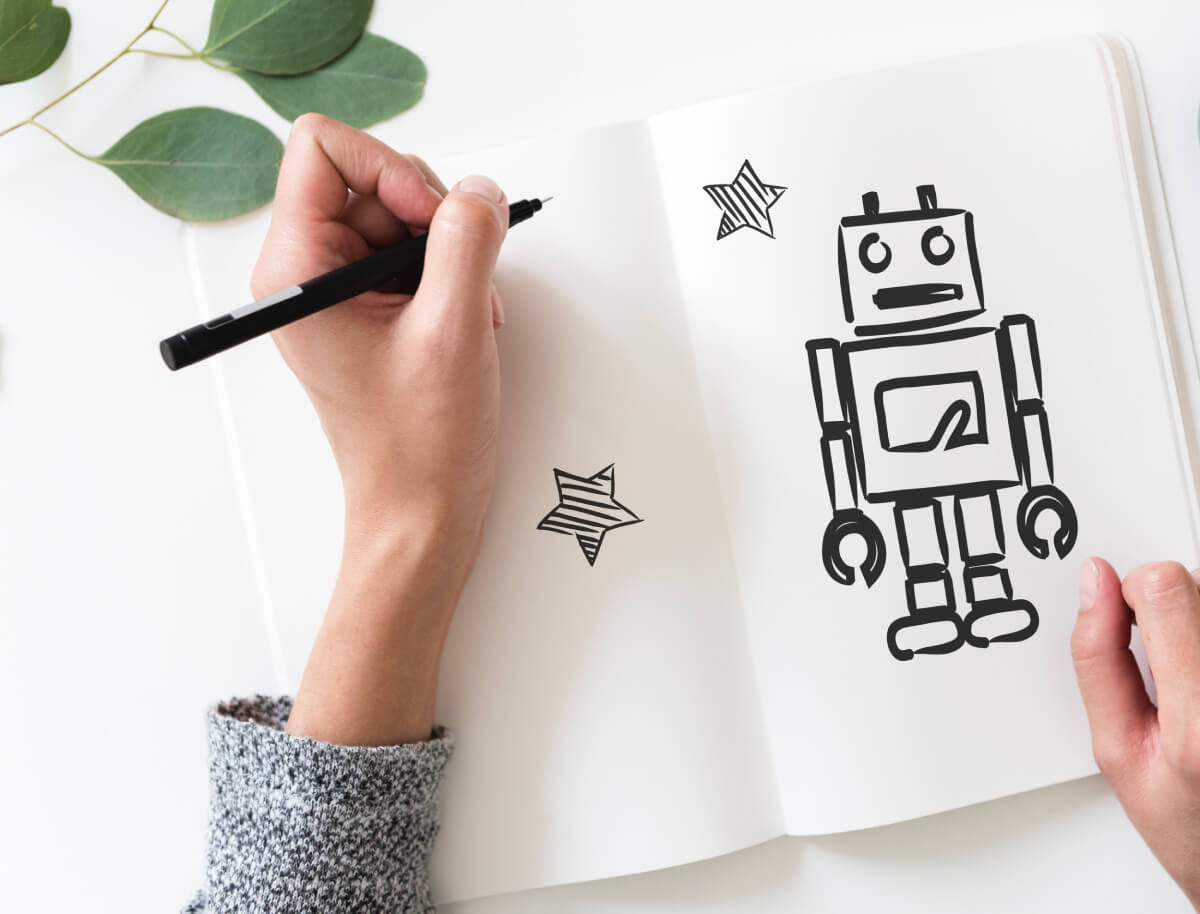 Should Programmers Fear Automated Robots? Why Algorithms Have Still Lots to Learn to Compete With Coders!

Do you remember one of our articles that appeared on Dragon Blogger about 5 Tech Innovations that Will Disrupt the Current Job Market? We primarily focused on the impact robotics & automation have on different job sectors.

According to a freelancer Garry Fissman, “47% of the working population might be under threat from robots in the next 20 years”. To be fair, this scenario is already unfolding. Bots, automated programs & robots have sneakily started to successfully replace some of the positions in the workplace. The vital question here is, ‘What does it mean for the IT industry’?

Him (Boniface) - no degree, no professional experience, soft skills leave a lot to be desired, to say the least, nevertheless, he’s helped to shorten the recruitment process by one third. Her (Honorat) - no portfolio, no work experience, she’s not even able to make a good coffee, however, she’s managed to clear the 3-month backlog in just 2 weeks.

Meet the automated programs, which prove, that rumours about robots taking over our jobs can, in fact, become a reality. Is this bad news? Should we start panicking? Our answer is pretty straightforward. If you make the right decision in time, you can only capitalise on it, here’s why!

One of the Polish companies Antal, a recruitment and consulting agency, showed that robotics and automation are no longer the buzzwords in the tech world. One of their latest employees is, in fact, an algorithm. Boniface supports the recruitment process in a much quicker and more efficient way.

“We would mainly assign the most labour-intensive and costly tasks to Boniface, like scanning and selecting candidates”- - says Antal’s spokesperson. The company claims that thanks to Boniface, the actual recruiters have more time for meetings and quality conversations with the candidates. It’s a win-win.

The second robot that has already been highly praised for its performance, is Honorat. This program is responsible for high volume invoice processing in an international company that is bombarded with 2000 documents per month. Up until recently, the whole process was entirely manual. Digital Honorat took over the responsibilities and has been in charge of checking the inbox regularly, downloading the files and posting them in SAP. No surprise, she makes no mistakes! In addition, it’s been reported that she’s able to go through 200 invoices daily, which increased the speed of invoice processing by… 98% ;).

Cashiers - Up Against the Wall

The fact that up to 50% of current positions could potentially become automated and disappear from the job market has been already put in the spotlight by the professors from Oxford University back in 2013.

Another unbeatable fact proving that the world is going down the automation road is the site called “Will Robots Take My Job?”. It’s simple, you type in your job title and check the percentage of risk associated with the role, to see how likely it is the robots will literally snatch the job in front of your eyes in the years to come.

Do you know which role is the most prone to become automated? The cashiers! In their case, the threat of automation is at a staggering 97%! What’s more, Proxi.cloud & Mobile Group Qpony-Blix recently published a report indicating that nearly 60% of cashiers are afraid they will lose their jobs following the introduction of self-scan checkouts.

No panic though, the situation in IT looks completely different!

Programs Without Programmers? It Will Never Fly

The key question here is, what does it all mean for the IT world? - We have to take into consideration a fact that robots, systems and algorithms will not program themselves (at least not for the foreseeable future), programmers have nothing to worry about. The more systems, robots & applications will crop up the more people we’ll need to actually program them. We have to mention one other indispensable trait ‘creativity’, the ability to think outside the box, our human empathy which shapes our attitude, having an end user in mind. It will take really long for robots to master the soft skills and we’re not even sure they will ever learn them at all. - says Marcin Kosedowski, Marketing Manager at Kodilla.

Marcin highlights that those considering a career change to become programmers, don’t have to change plans!

- Quite the opposite, the next 10 years can bring a myriad of new possibilities and even more opportunities for growth. Now is the moment and those that are at the beginning of their programming careers will lead the future of tech innovations. The key is to start and not to rest on one’s laurels, the most important is to keep learning and gain new professional experiences.

American Organisation Pew Research Center conducted research, which shows, that the best we can do to make sure we don’t lose our jobs is to continuously improve and expand our skill set. That’s exactly what was recommended by 87% of respondents, which will, in turn, create new possibilities for growth in the education sector.

Online learning platforms were put in the spotlight as an alternative and valuable addition to traditional classroom courses. The research indicated that companies will be much more willing to consider online training courses to reskill their employees. Here at Kodilla, we can already share some insights into the successful reskilling of Aviva employees. Check our full story below,

Don’t Let Robots Kick You Out of the Driving Seat, Be Their Boss!

One of the big pros of working in Tech is the salaries, hands down. According to Hired.com, the global average tech worker salary amounts to $135K. It’s no surprise that the salaries in IT differ from one country to another and the best place to work as a tech professional is the US where tech workers enjoyed a 5% bump in their salaries in the past year.

The Polish recruitment and consulting agency Antal mentions that excessive demands from more experienced specialists result in companies looking for less experienced, junior candidates. More often than not, those starting their programming career can easily ask for 15%-20% more than the actual standard pay.

In this case, maybe instead of sitting there and waiting for Boniface to nudge you one day saying, “Go home, I’m taking over”, you’ll start learning how to program today? Once you discover the magic in coding, you’ll be the one writing algorithms and telling the robots what to do :)

To start with, we have a simple task for you to complete, a free aptitude test. Find out if programming could be your lifeline! 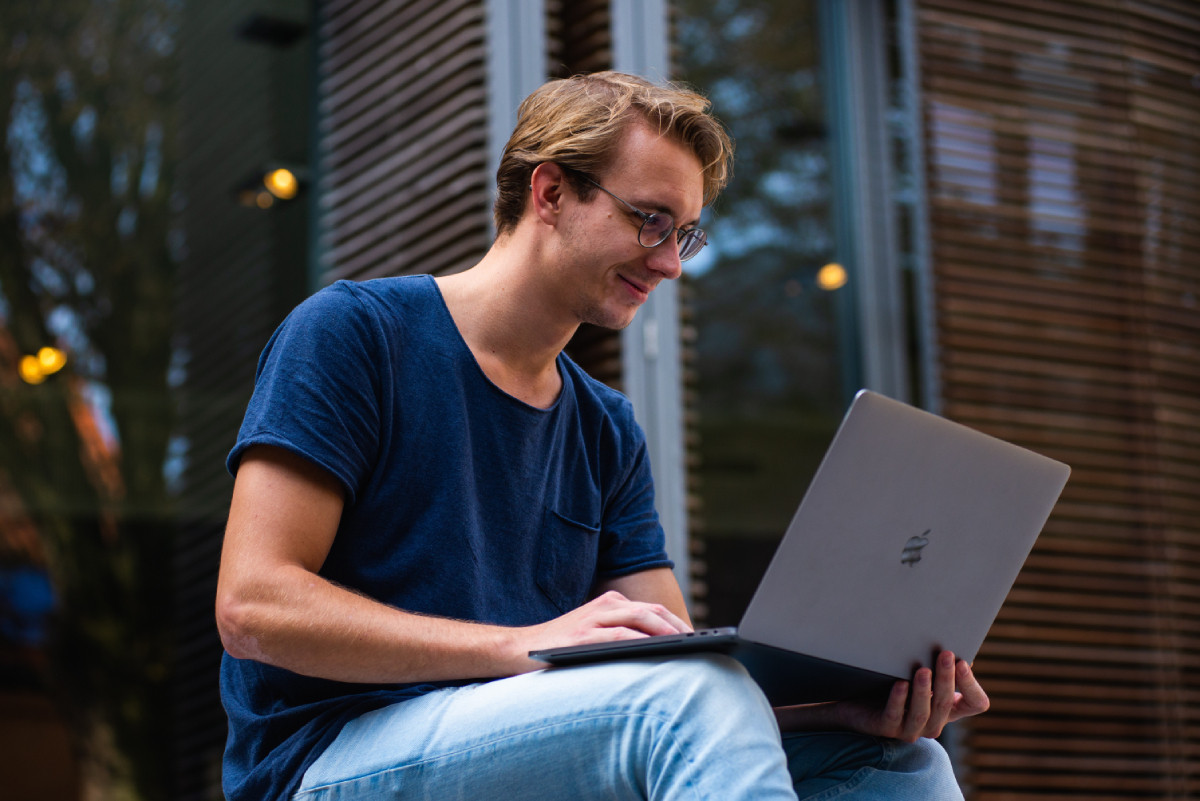 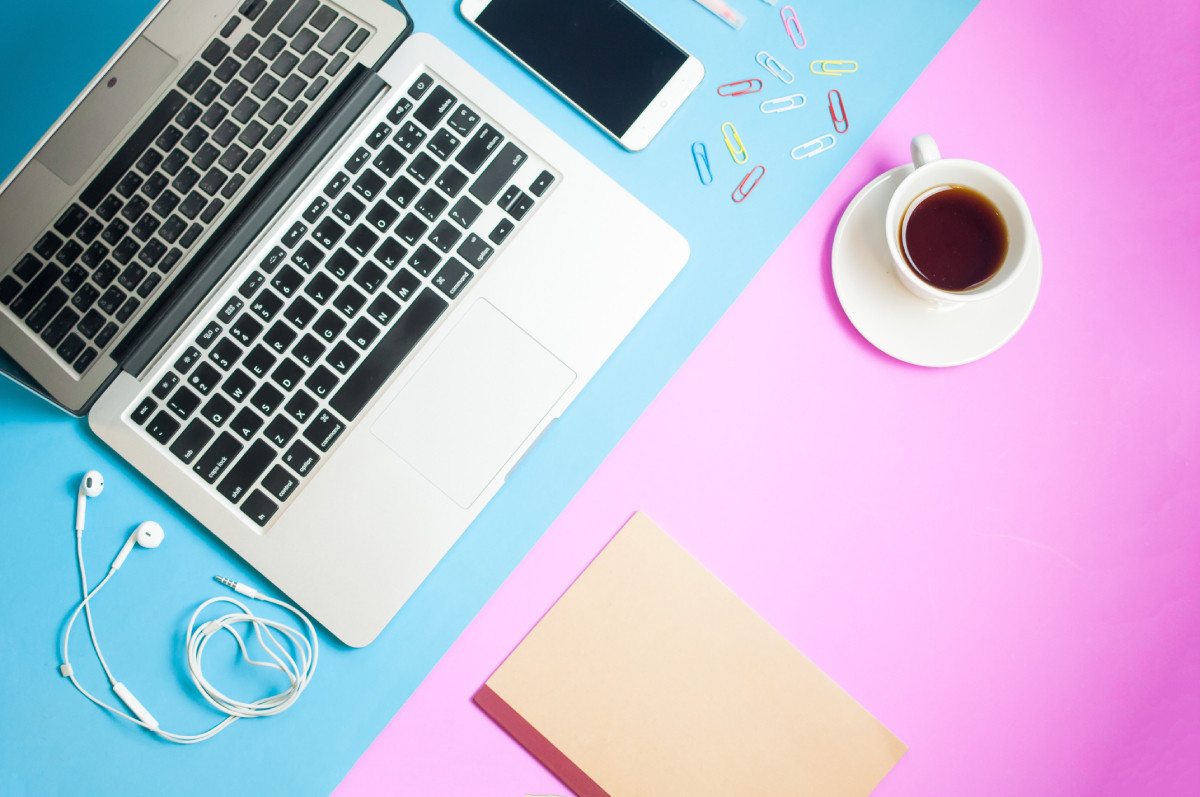 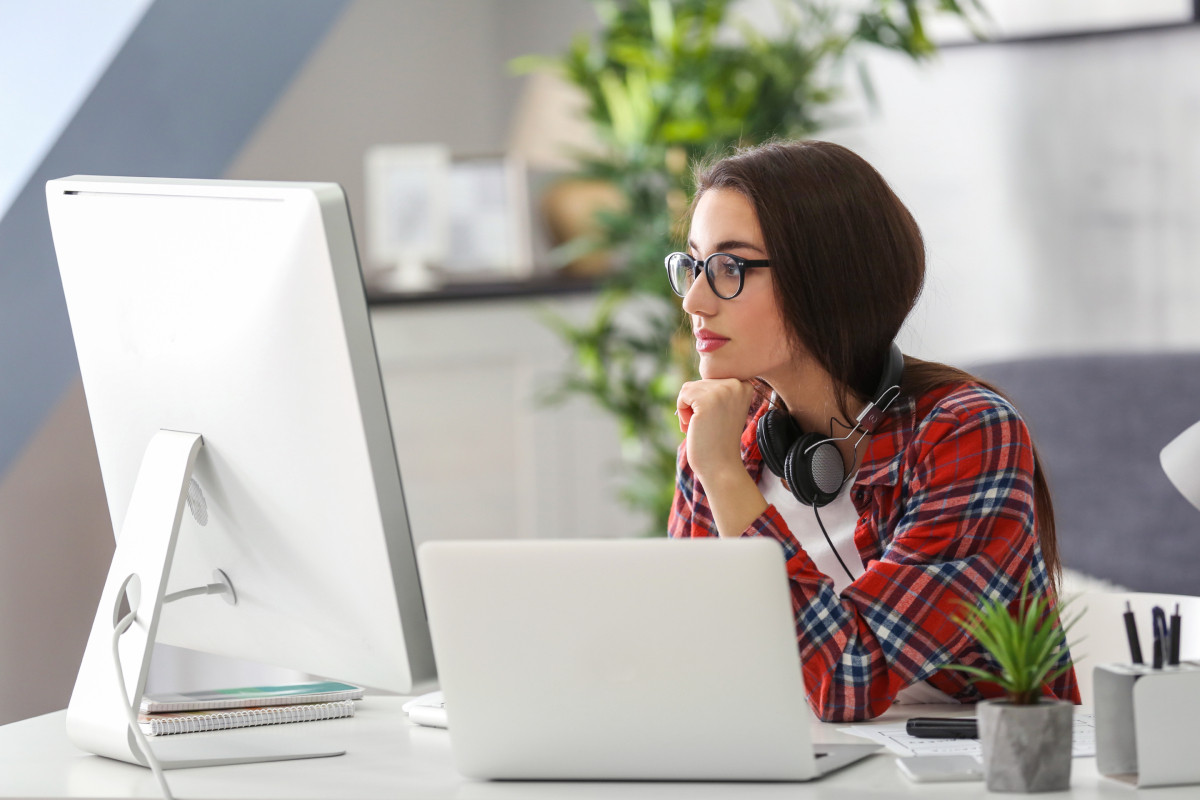 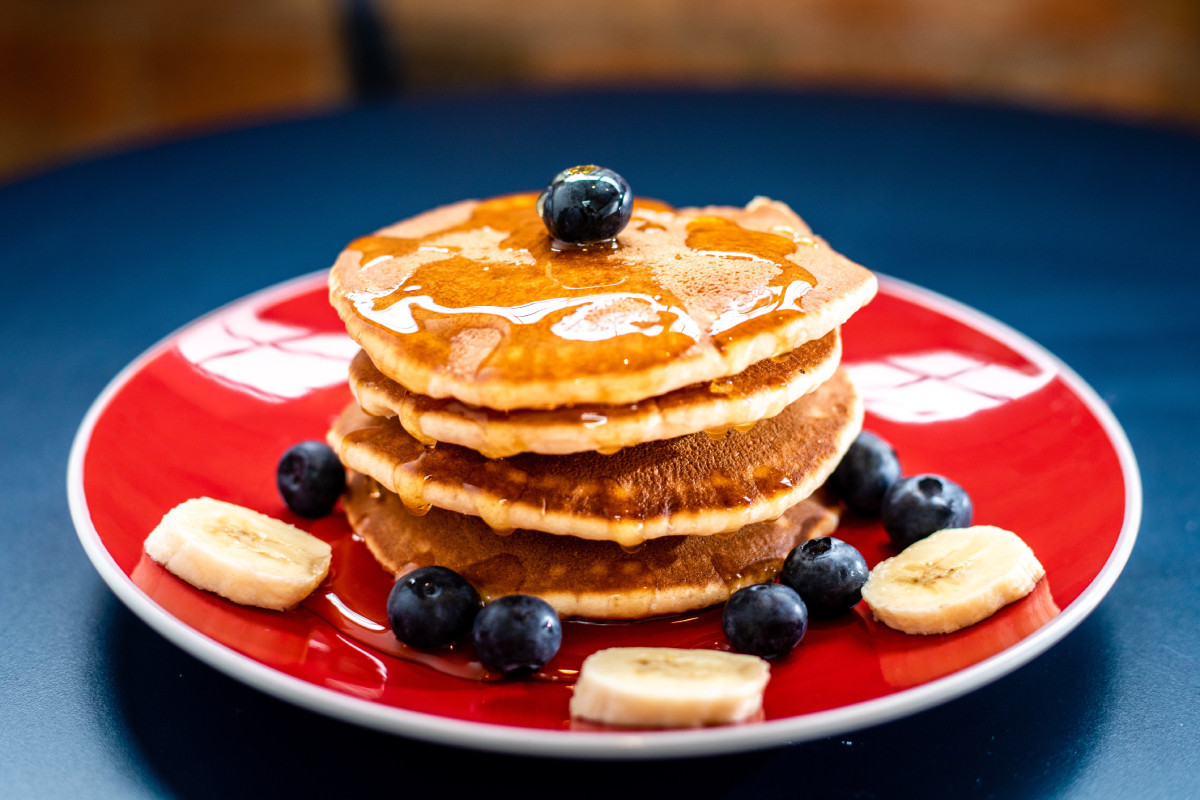 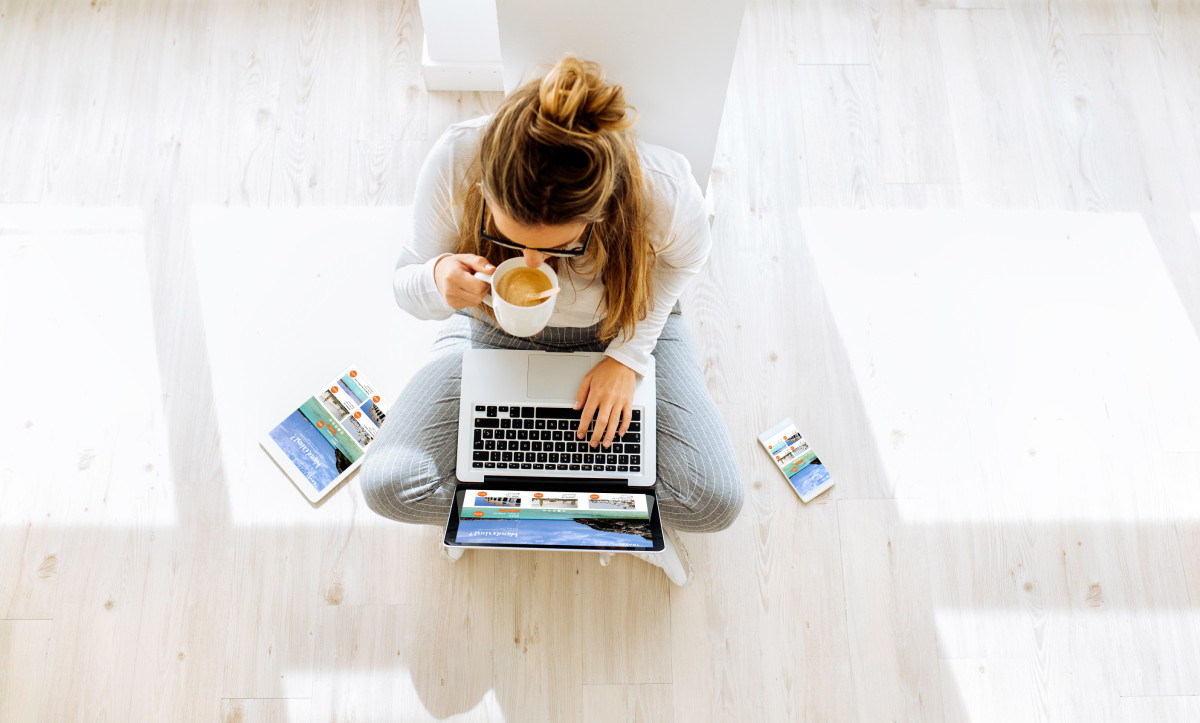